Welcome to the Liberty-Benton Mello Site!

Welcome to this website for "mellophonists" in the Libery-Benton Marching Band!! This site exists as a tool to improve your playing, quickly search through the Liberty-Benton stand tunes, and much more. Thank you!

Playing scales on the mellophone has a little bit different thought process than trumpet, but you'll get the hang of it within a few band camp days! 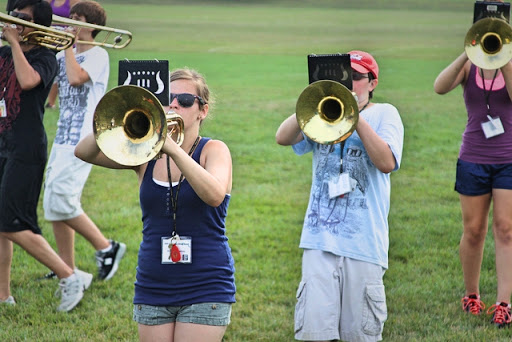